What is a Mommy Makeover?

A DC mommy makeover is typically a combination of plastic surgeries that address a woman’s post-pregnancy body issues in a single session surgery and can include procedures such as liposuction, tummy tuck and breast augmentation or breast lift. 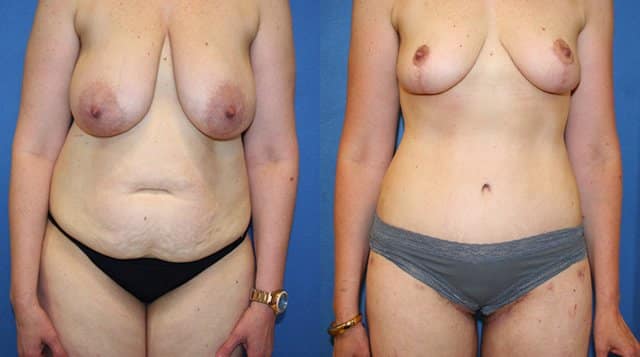 Who is a Mommy Makeover for?

According to Dr. Michael Burgdorf, author of The Mommy Makeover: Restoring Your Body After Childbirth, “a surgical makeover can be a good option for women who don’t plan to have any more children and feel it will improve their lives emotionally.” It is important to consider if you plan to have another child before considering a mommy makeover.

Why Consider a DC Mommy Makeover? 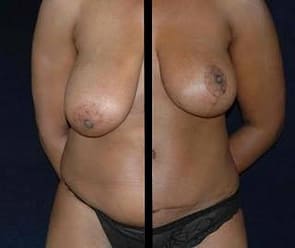 Many women experience dramatic changes in their bodies before, during and after pregnancy. One way to restore your body to its original form is through healthy diet and exercise, but sometimes this is not enough.

One or multiple pregnancies are very likely to change your body in ways that diet and exercise alone cannot restore, but you can consider plastic surgery as an alternative to make you feel more comfortable in your own skin.

A survey by the American Society of Plastic Surgeons found that 62 percent of mothers would consider a “mommy makeover” if cost weren’t a consideration. With this in mind, it is more cost effective to opt for multiple procedures as part of a mommy makeover than to do each surgery individually over an extended period of time.

The skills and experience of your plastic surgeon are one of the most important things to take into consideration when deciding if you want to receive a mommy makeover. The expertise of your surgeon has a direct correlation to the results of your mommy makeover procedures. With Drs Bruno and Brown, you can rest assured that you are in experienced hands and receiving the best care available for your DC mommy makeover.

Click here to determine if a DC mommy makeover is right for you.

Plastic surgeons have seen a recent but steady rise in the popularity of Brazilian butt lift procedures, about 18 and 26 percent over the last two years respectively, according to the American Society of Plastic Surgeons. However, there has also been a rise in the number of unlicensed and uninsured individuals impersonating plastic surgeons to perform Brazilian butt lift procedures, without the knowledge or equipment to do so properly.

There have been several cases reported recently of individuals impersonating plastic surgeons, claiming to be licensed and insured, so that they can perform Brazilian butt lifts on patients. Usually, they attract appeal solely because they advertise well below market prices. These unlicensed individuals impersonating plastic surgeons to perform Brazilian butt lifts, often have no medical knowledge and operate in very unsafe and unsterile conditions, usually without medical supplies.

The most recent case being Allison Spence, who claimed to be a plastic surgeon, the botched Brazilian butt lift she performed involved injecting industrial grade silicone- purchased from a hardware store- into the buttocks of her patient in an unsterile apartment, which she claimed was a clinic. The procedure resulted in the patient having an embolism because of a misplaced injection, which eventually caused her death. As a result of this botched Brazilian butt lift procedure, Allison Spence will be serving prison time under manslaughter charges.

Another example of one such individual performing an unlicensed Brazilian butt lift procedure resulted in the death of Kelly Mayhew from Queens, NYC in 2015, who received a buttocks injection in the practitioner’s basement. The individual who impersonated the practitioner to give the injections has still not been found. This growing cash business is resulting in senseless deaths, and it has to be stopped. It is important not only for victims to come forward, despite any regret or embarrassment they may feel, to receive the proper medical attention, but it is also important for individuals seeking buttocks augmentation to seek out licensed and insured medical professionals.

The appeal of extremely low prices for Brazilian butt lifts is tempting; however, the risks of having an unlicensed plastic surgeon are severe, many cases resulting in death from botched Brazilian butt lifts. If it seems too good to be true, it probably is. The quality of a Brazilian butt lift procedure will alter your body forever, it is definitely something worth investing it.

Read the full article about the botched plastic surgery here.

Feeling all the love here at the Bruno|Brown offic

Today's #transformationtuesday puts the "awe" in b