Looking for a way to treat yourself or your mom this Mother’s Day? Consider a mommy makeover, the gift that will never be forgotten.

What is a Mommy Makeover? 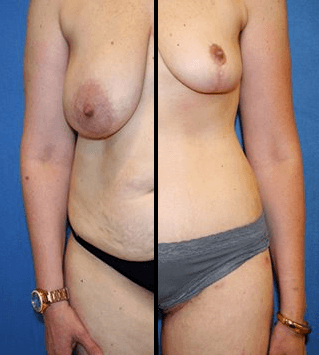 A mommy makeover is a combination of surgical procedures tailored to your specific goals. It is particularly popular among mothers, hence the name because it works well to correct issues related to childbirth and breastfeeding. A mommy makeover works to restore your body to its form before motherhood, often in ways that diet and exercise aren’t able to.

What Procedures Can be Included in a Mommy Makeover?

Typically, a mommy makeover includes a combination of:

One of the main benefits is that you are undergoing multiple procedures in one sitting, making it more efficient and shortening your recovery time. The procedure itself only takes 3-5 hours with a recovery time of as little as 2 weeks. While many patients elect to have an overnight hospital stay for comfort, it is not required. The procedure is unique in that Drs. Bruno and Brown will work with you to tailor the procedure to your individual circumstances. Read more about the procedure and the importance of choosing a board-certified plastic surgeon, such as Drs. Bruno or Brown, with the American Society of Plastic Surgeons, a leading organization in the field of plastic surgery.

We hope to see you soon for your mommy makeover procedure or consultation!

THIS OFFER HAS EXPIRED. 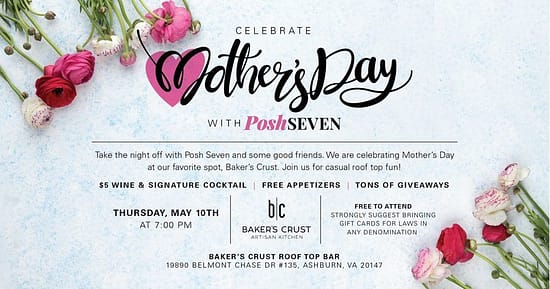 Posh Seven Magazine is celebrating all moms with a roof top cocktail party, and everyone is invited! Swag bags are courtesy of Bruno Brown Plastic Surgery.

Join us and Posh Seven Magazine at Baker’s Crust Artisan Kitchen on May 10th at 7 pm.

They’ll be tons of giveaways, free appetizers and $5 drinks (select). This event is free for all, but don’t forget to bring a gift card for Loudoun Abused Women’s Shelter (LAWS)/Loudoun Citizens for Social Justice

We hope to see you there to honor the fantastic moms in all our lives!

Labiaplasty DC is growing in popularity for women of all ages- it’s a revolutionary solution to the discomfort many women face each day. Although, according to this article on labiaplasty from Independent, spin classes are actually to blame for the sharp increase in labiaplasty procedures because cycling can cause extreme irritation for women with excessively large labium.

This discomfort is only amplified by the tight athletic clothing, such as yoga pants, that are typical for cycling and other athletic activities. Many women have found a solution with labiaplasty DC, a simple and non-invasive procedure that sculpts and reshapes the labia majora and labia minora to enhance comfort and aesthetic appeal.

With labiaplasty, it’s important to choose a trusted, board-certified plastic surgeon such as Drs. Bruno or Brown, for the best results.

Benefits of Labiaplasty DC Include:

We look forward to seeing you for your labiaplasty DC procedure or free consultation soon!

Feeling all the love here at the Bruno|Brown offic

Today's #transformationtuesday puts the "awe" in b