Enhance Your Facial Harmony and Balance with Rhinoplasty in Falls Church 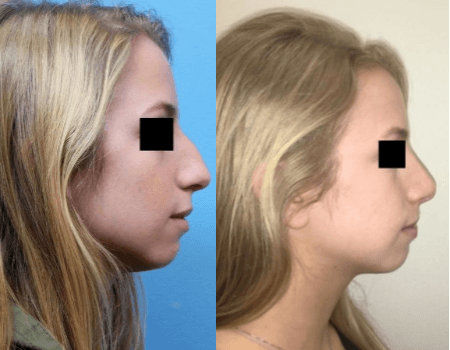 Are you considering rhinoplasty in Falls Church?

Rhinoplasty, also known as a ‘nose job’ or ‘nose reshaping,’ can correct the proportions of your nose, ensuring a more balanced face. Rhinoplasty can also fix many of the breathing issues caused by a deviated septum.

Benefits of a nose job procedure

There are several benefits to a nose job, including:

Celebrities who have opted to undergo nose jobs

There are quite a few celebrities who have had their life changed for the better with a nose job. They share their experiences by saying, “I did it the summer before going to a new school,” Lisa Kudrow, the Friends and Scandal actress, told The Saturday Evening Post. “That was a good, good, good change.”

According to a Marie Claire article, fitness guru Jillian Michaels admitted to going under the knife. “I had my nose done when I was 16 years old,” she said. “And I’ll be honest, it did change my life.”

Glee star Dianna Agron also discussed her nose job after having broken her nose twice: “I couldn’t get it fixed because we were in the middle of doing this concert tour and we were filming. We had a day off and I met up with some of my friends and we were dancing. And again, there was another collision of sorts—I must be turning too quickly, people don’t see me coming or something—but it’s fixed now!”

We use a number of methods to perform the rhinoplasty procedure, including careful surgical techniques or in-office fillers. Our physicians will discuss your goals and will work closely with you to determine which rhinoplasty procedure is best for your needs and lifestyle.

If you’re interested in discussing how rhinoplasty in Falls Church may be best for you, schedule your consultation today.